I gave in to temptation!

Regular readers (hello to both of you!) may remember that a few blogs ago I mentioned that, despite being a townie, I was beginning to feel tempted by some of the more rural properties I have been viewing. Well, we are now in the process of buying one!

I had asked some of my regular agents to keep an eye out for anything ‘especial’ and a few weeks ago was taken to see a house that I fell in love with. Despite the fact that his visit coincided with the 3-day ‘monsoon’ we experienced in March, my husband also loved it, but (being a typically sensible man) insisted on not rushing into making an offer there and then but to wait a couple of weeks until his next visit and see it again on a sunny day. He also wanted me to check out irritating little details such as whether we could actually afford it! I had an agent out to value our apartment in Perpignan and decided that rather than sell it we would rent it out fully-furnished which seems to make a lot of sense as property prices are very low so it is not a good time to sell. The rental income will pay for a French-mortgage and we will therefore only have to sell one of our two children to be able to afford it!

We went back to the property on a beautiful sunny afternoon and now that there were no clouds or rain obscuring our views of the Pyrenees, the decision was easy. Everybody had smiles on their faces when we said that we would be making an offer – particularly the agent – and he gave us a Proposition d’Achat form for us to fill in with our full names, addresses etc. and the details of our offer. He had asked me to fax it over to him that evening but in the event, was so excited about the deal that he actually came to collect the document personally the next morning, took it to the vendors, rang from their house to negotiate further (they weren’t smiling so much when they saw our offer apparently!), and then came back with their signed acceptance later that afternoon!

So, here we are again at the beginning of a purchase process, which will no doubt run totally smoothly – watch this space!

Posted by Caroline at 08:18 No comments:

Trials & Tribulations of Property Finding - Part 2 of many! 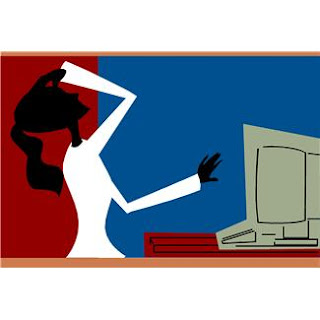 I have met some strange estate agents in my time but this one really takes the ‘gateau’. I had been trawling the internet looking for a very specific type of property and came across a new ‘team’ of estate agents I had never heard of before. They seemed extremely specialised in that there are perhaps 5 of them scattered around the Pyrenees-Orientales but just covering one or two villages each – which is a pain in the neck when you want to see a house in one village and then another just 5 miles away which is handled by a different agent entailing a separate appointment. However, ‘Mr. B’ had two properties which looked good so I called him and we arranged to meet outside the bakery in St. Esteve. My heart sank when his car pulled up next to mine – I believe it used to be some type of Audi but the only clue was the four-circle logo on the bonnet, the rest of the car was so scratched and dented that it was practically unrecognisable. He cleared the front seat of sweet wrappers, cans and childrens’ toys and then we set off. We had a good chat about how his ‘team’ worked and he explained that he specialised in just 2 or 3 villages as he felt this made him an expert in the area and that anyone wanting to buy or sell properties in these villages would come to him. (I think it also helped that there were no other Estate Agents offices in these villages too)!

The two properties we saw were totally unsuitable but he then mentioned that he knew of a house for sale about 30 minutes away, which was technically not in his area of ‘expertise’ but the owners were friends of his etc. etc. So off we drove – as he explained the various short-cuts he knew which avoided the main roads with their fixed speed cameras. We drove for miles at high speed through country lanes, narrowly avoiding tractors, red squirrels, ramblers etc. until after 45 minutes he stopped the car and admitted he was totally lost! A telephone call to the owners eventually guided us to the property which turned out to fit the search brief in every detail except for the fact that it was just too far away from civilisation. It was only later that evening as I was typing out my report to the clients summarising the day’s viewings that I glanced at the map and suddenly realised that the house was in fact just 10 minutes away from a lovely town full of shops and restaurants and not in the middle of nowhere after all!

But I shall certainly be using Mr. B again, not least because of the fact that he charges the vendors a flat-fee of 10,000euros regardless of the value of the property, rather than the more usual 4 – 6% commission that most other agencies seem to charge. For example, say you wanted to make an offer of 425,000 euros for a house which was for sale at 450,000euros, the owners would be more likely to accept it under Mr. B’s arrangement whereby they would receive 415,000euros, but if it was for sale with a regular agency, the figure they would receive (after deducting commission of 21,250euros) would be 403,750euros which they would be unlikely to accept. Sadly this maths doesn’t work for anything much under 250,000euros but I shall definitely keep in touch with this agent – providing he buys a sat-nav!

Posted by Caroline at 08:09 No comments: