The key to my success

It is very unusual for me to write a bad restaurant review on Trip Advisor but I was so furious yesterday that I could not stop myself!  Just for a change of scene we sometimes go to Narbonne for the Sunday market; there are some great street stalls and also Les Halles, the indoor food market with tapas bars etc.  We then like to have lunch in a nice restaurant on the canal bank.  The restaurants are often busy on Market days so as we were passing one of our favourite places we thought we would stop and reserve a table for 1pm.  It was 11.50, there were tables laid out outside, lights were on inside, but the door was firmly shut.  Another couple turned up with the same idea and we all peered in and could see the staff eating their pre-service lunch at the back of the restaurant.  They could clearly see us and hear us when we knocked on the door to ask if they were open, but totally ignored us.  The other couple started noting down the telephone number so they could ring and reserve but we decided nothing would induce us to eat there after such an unfriendly and rude reaction. 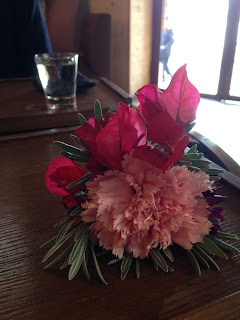 We ended up in a new place that we had never tried before – nothing to write home about, and nothing to write to Trip Advisor about – but a good atmosphere and not bad food.  It was what happened after the meal that made my day.  There was an elderly lady eating alone at the table next to us and when she got up to leave, she flung her scarf around her neck with such a flourish that it knocked my wine glass over, drenching the table.  She was absolutely mortified but we assured her that it was absolutely no problem and when my partner jokingly said that the ‘punishment’ would be a ‘bise’, she kissed us both on the cheek and left the restaurant smiling.  10 minutes later she returned with a little posy of flowers that she had picked in her garden, tied up with a pretty red ribbon! 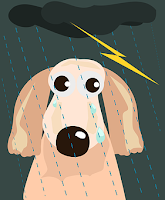 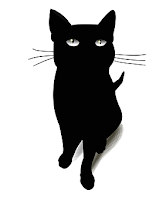 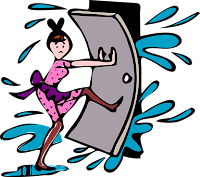 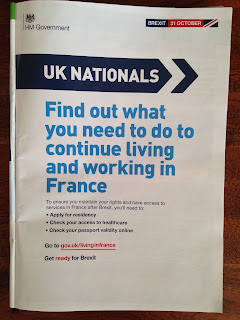 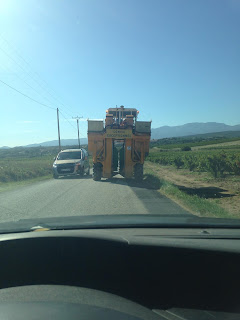 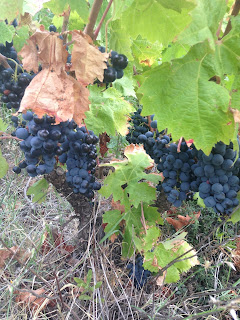 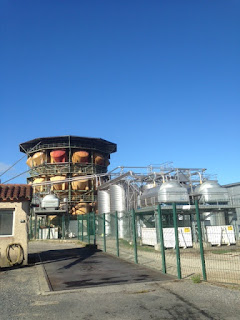