Country Life - and not a stately home in sight! 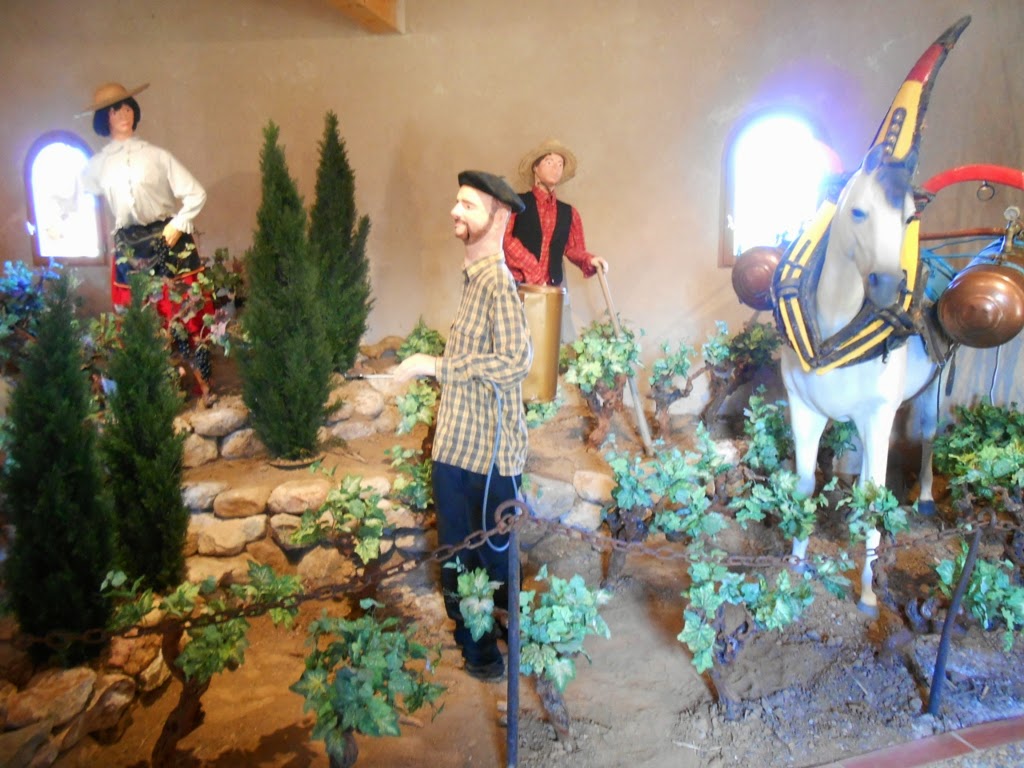 Despite having lived here in the wilderness of rural France for nearly 3 years now, country life is still a bit of a mystery to me.  I can only differentiate between the various fruit trees when I can actually see the apricots or peaches appear, and despite having spent a back-breaking day picking grapes I have no idea what variety they were, so when I spotted that it was ‘Open Farm’ weekend in the area, it seemed like the ideal opportunity to find out what is actually going on!

A friend suggested starting with a winery in a nearby village – which I will call Mas Nightingale in the unlikely event that the owners can speak english or read this.  We arrived just as a ‘tour’ was starting so joined the 5 other couples who were assembled in front of 7 neat rows of vines in the courtyard of the Mas.  We were then greeted by the owner and his enormous white dog who had eyes like a wolf – and seemed hell bent on eating a small terrier dog that one of the visitors had brought with them.  The first thing I learned was that while I am 90% fluent in French, the 10% of vocabulary that is missing seems to involve the descriptive words for varieties of grape, but I did manage to understand that Muscat de Rivesaltes does not actually have to come from the town of Rivesaltes.

The owner then led us into a converted barn where he had created a mini museum of scenes depicting the old and traditional ways of producing wine, featuring particularly scary looking life-sized dolls.  He proudly explained that the faces had been made by a craftsmen in the village and were all based on local residents – which makes you wonder what sort of village it is!  He pressed a remote control and the doll that was supposed to be him started reciting a poem about how the months of the year affect the grapes, then at the next scene a doll showed how to harvest the grapes (while the maddest looking doll glared at him and moved her head from side to side) and finally we moved on to the scene where some small children were treading grapes while a drunk doll showed how to put the corks in.  We were then led down some narrow steps (almost being knocked flying by the large white ‘wolf’ who was still chasing the little dog (now hiding in a handbag) into the Cave where they keep the barrels at a certain temperature.  The owner pointed out that the floor was paved with large tiles because the Mayor often visited the cave and his mistress liked wearing heels.  I would like to think that this story is true.

Naturally the tour finished with a ‘tasting’ and there was much more discussion about what foods would best accompany the wine, which gave me my second important lesson – forget the old English tradition of white wine with fish and red wine with meat – and choose the wine first!  We bought a selection of bottles and then went on to the next ‘Open Farm’. 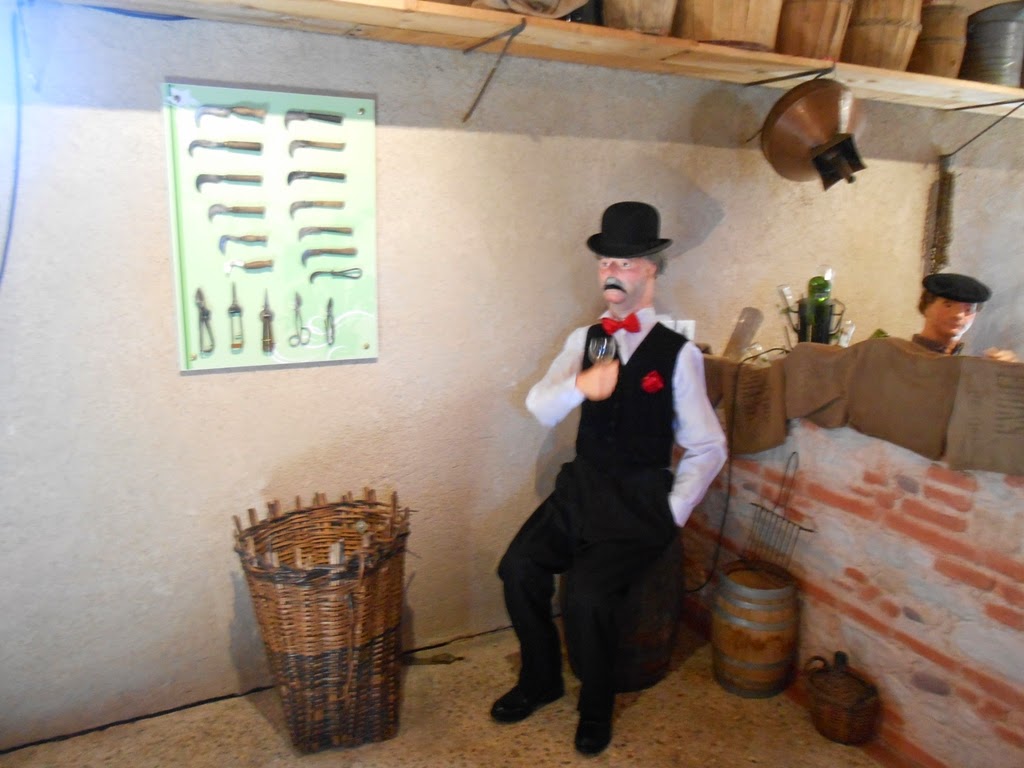 As well as vineyards and orchards, this region is full of Olive Trees – so the next visit was to an Olive Farm.  Again the first thing I learned was that there are even bigger gaps in my French vocabulary than I had ever imagined – but I think it is excusable as the farmer was a huge Gerard Depardieu type with long hair and great enthusiasm and a strong Catalan accent!  I understood the part where he gave us some bread to dip into bowls of delicious oil, while he complained about the current preference for people adding lemon or garlic or herbs to the oil (despite the fact that he had bottles and bottles of ‘adulterated’ oil on a shelf behind him in the shop) but when he plugged a computer into a giant screen and started a film, I was lost.  The film was easy to understand – it showed a huge tractor with scissor-like forks with flat sails attached which was positioned under an olive tree while a man with an electric rake shook the branches so the olives fell onto the sails, then the tractor was reversed, the sails were lifted up and closed like the wings of a butterfly, and then the olives were tipped into a trailor.  What was difficult to understand was that whatever Gerard Depardieu was talking about seemed to have nothing to do with the film.  I recognised occasional references to the difficulties in making a profit and complaints about the thieves who regularly steal his newly planted trees and watering pipes, but am completely baffled about the part where he was mincing about as if wearing heels and carrying a handbag – unless it is in some way connected to the story about the Mayor’s mistress at the Winery!

Will definitely continue my ‘education’ same time next year.

Posted by Caroline at 03:43 No comments: