Making an exhibition of myself. 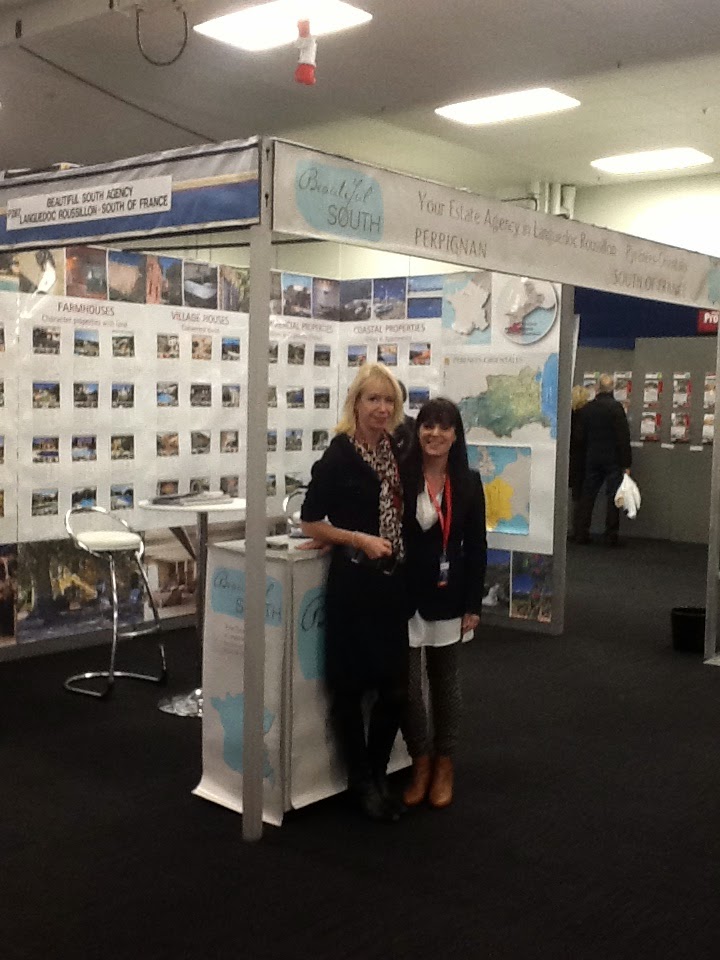 I’ve just returned from an all-expenses paid long weekend in London – but there’s no such thing as a free holiday – it was The France Show again.  We arrived on Thursday afternoon and having spent a long afternoon at Olympia putting up the stand, we walked to the hotel to check-in.  Of the three rooms we had booked, one was OK, one had no windows and the other appeared to be a cupboard.  Anna and I sat in her room (the OK one) while Eve went down to sort things out.  30 minutes later she reappeared, having been shown a variety of alternative rooms and causing chaos at reception with her french accent as she had asked for ‘hairy’ rooms rather than ‘airy’!  By this time we were all too tired to go shopping (an expression I never thought I would use) so we headed straight for the bar and discovered that it would be £9.50 for a large glass of wine!  Eve did some quick calculations, realised that we would obviously need 2 glasses each and decided that it would be more economical to order a bottle of Champagne – I think that is the french definition of being ‘frugal’!

The opening day of the show passed by in a blur as it was extremely busy and we were on our feet and talking to clients from 10am until 5pm.  Most people still want to be ‘within walking distance of a Boulangerie’ even though I am sure they have never walked to a local shop in their lives; others start chatting about wanting a property with a pool and a large garden to run a Gite business and then deliver the killer blow that their budget is just 80k; and many others are just there to start their research and are not yet ready to buy, and when I ask why, the usual response is that they are waiting to sell their house in the UK or have to wait for their retirement – but I particularly liked the response from one man who (in front of his wife) stated that he was just waiting for his father-in-law to die!  Despite our aching feet (and after a quick stop off at the bar) we managed a short shopping trip then retired to our hairy rooms for an early night.

The show is split into two sections – We were in the Property and Sensible Stuff part and on another floor was the Food, Wine and Can-Can dancer department (probably not the ‘official titles’ so don’t quote me!).  Access between the two floors was by lift, and our stand was opposite the lift doors.  The good news about that was that ours was the first stand people stopped at on arriving, the bad thing was that every time the lift arrived there were the most delicious smells wafting in from the various cookery demonstrations going on downstairs and by lunchtime it was just too tempting.  I managed a quick visit to check out the stalls downstairs and I have to say it is a great advantage to be wearing a big ‘Exhibitors’ badge because it means you don’t get heckled by people wanting to sell you ferry tickets, caravan holidays or magazine subscriptions.  Having spent several minutes gazing at jars of Confit d’Oignons and speciality bread I suddenly remembered that I actually live in France where products like that are readily available and what I really wanted was Cheddar cheese and smoky bacon crisps! 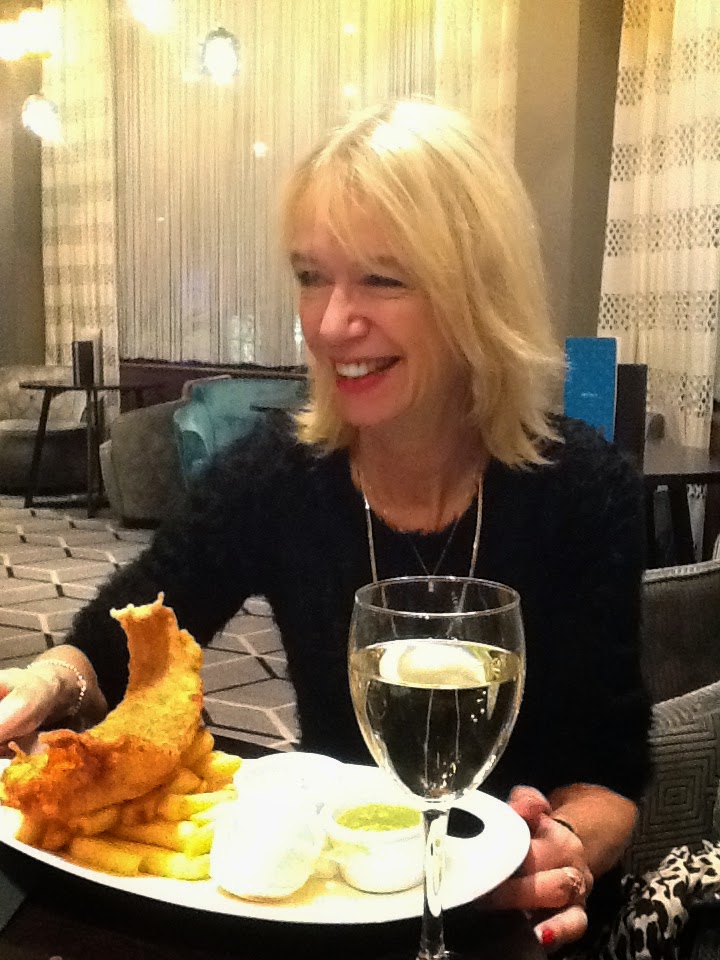 On Saturday night Eve and Anna said they hadn’t got the strength for a big shopping expedition but just wanted to head back to Kensington High Street in an attempt to track down Paddington Bears for their children.  I politely declined their kind invitation to join them as I had discovered that the biggest shopping mall in the UK was just a 20 minute walk away from Olympia – so I jumped in a taxi and spent 2 hours (and not too much money) in my idea of heaven!  We met up in the hotel  bar later (sadly they were bearless) and enjoyed some excellent fish and chips washed down with champagne (still being frugal)!

On Sunday morning many of the exhibitors were very quiet to start with (having apparently spent more time drinking than shopping the night before).  Not least of these was a gentleman who I shall call ‘George’ who treads a very fine line between being a ‘loveable old rogue’ and a ‘dirty old man’.  He always seems to be staying in the same hotel as us - which explains our early nights rather than staying in the bar as the more he drinks, the more attractive we get!  During the shows he seems to spend more time in the wine bar than on his own stand but on this last day I pointed out to Eve that he was there, and holding a mug of coffee – when she pointed out that while he might have been holding a mug, the chances of it containing coffee were remote!  The day passed by in a flash and having spent 30 minutes dismantling a stand that had taken 4 hours to set up, we arrived at Heathrow in plenty of time to visit Hamley’s and stock up on Paddington Bears (them) and to check out the Ted Baker sale (me) and then collapse onto a plane and sleep.

Same time next year!
Posted by Caroline at 10:01 No comments: