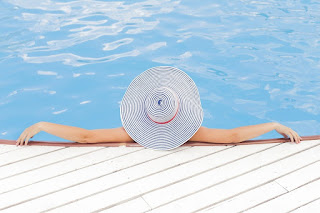 I have been spending most of September lying on a sun-lounger by the pool (and to be honest, most of July and August too…!).  Normally I think of my September ‘holiday’ as a well-earned break after a hectic summer of running holiday rental properties.  Most Saturdays would find me hurtling between several villas checking that the cleaners had turned up, making sure there were enough basic provisions for guests (loo rolls & washing up liquid for the 3* properties, welcome packs of cheese and wine for the 4* properties), doing ‘meet and greets’ or making sure the keys were hidden in the right place etc.  On Sundays I would usually get at least 1 ‘call-out’ from a guest who had already lost the key or lacked the basic skills to work the washing machine.  During the week I would call in to meet the guests I hadn’t met on the Saturday, picking my way around shiny sun-burned bodies and beer bottles scattered around the pools. But not this year…

To start with I had less properties to run - 2 of the larger villas had been sold and I had resigned from the 3rd because the owner would never pay for any maintenance issues and after ‘sewage-gate’ and an incident with a hornet’s nest I decided to call it a day.  The main flurry of bookings for the summer normally arrive in March, but this year, due to the lockdown, there was just a flurry of cancellations from the few who had already booked.  So, when I could drag myself away from making banana-bread and tidying cupboards I contacted all my ‘owners’ and suggested they drop their prices and offer longer-stay discounts.  Success! Most of the summer visitors were French or Belgian (less affected by travel restrictions) but some of the other renters were what I would call ‘Covid Refugees’ including a family unable to get back to America who were delighted to rent for one month, and a couple whose house purchase had been delayed until September.

The one thing that has really surprised me this year is the clients’ attitude to the virus.  It doesn’t seem to exist for them.  I have made sure that every property is kept empty for several days between clients, that everything is disinfected and the cleaners wear masks; when I meet the clients I wear a mask and hand over the disinfected keys in a plastic bag and explain all the precautions we have taken - and they cheerfully say ‘oh, we’re not worried’ and seem surprised that I don’t go in with them to show them around!

So perhaps I can’t quite justify my September idleness as being a reward for hard work over the summer, but I can at least relax knowing that I haven’t put anybody’s health at risk - and especially not my own!

Posted by Caroline at 08:43 No comments: 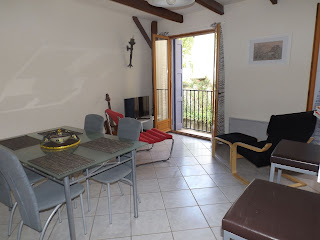 I have just been asked to put a property on the market on behalf of the owners who live in Scotland.  I’m always pleased to be asked to sell a house (particularly when there are no agents involved!) but this time I’m feeling a bit sad for the owners.  The house was a holiday home and because of Covid-19 and all the uncertainty over travel restrictions they realise they won’t be able to visit and enjoy the house as much as they used to so have decided to sell.

When I went to check out the house it was as if they had just popped out for a while - the beds were made up, towels were on a drying rack in the bathroom, bicycles in the hall, food in the cupboards and a half-finished book was on the table.  As it is uncertain whether they will be able to come down and recuperate any of their possessions I am selling it fully-furnished, down to every last plate, saucepan, sun-lounger and opened bottle of Gin!

So, if you are looking for a well-maintained 3-bed, 2 living room 3 storey village house with panoramic views from the roof terrace and a well-stocked drinks cupboard just give me a call.  (And if you're wondering - it's just 155k). 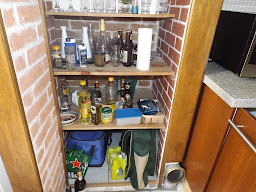 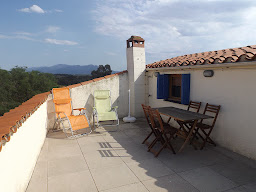 Posted by Caroline at 08:40 No comments:

Yet another medical story... 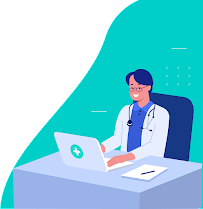 During this pandemic it is perhaps best to avoid any public medical facilities, unless absolutely necessary.  That was my plan - but due to yet another alcohol related incident, I can now write about what it is like to have a medical problem during this Covid-19 situation!

When I say ‘alcohol-related’, in fact not a drop had passed my lips, I was just preparing for having the neighbours over for an apero.  I went down to the cellar to bring up some bottles and as I was walking back up I slightly mis-judged the step and my foot slipped a little, twisting my big toe and causing a fair amount of pain.  I sat with my foot in the pool for a while and then when the neighbours turned up applied ice (externally) and alcohol (internally) and for most of the evening it felt better.

The next morning it was swollen and painful to walk on, so there was no option but to go and see the Doctor.  Normally you just turn up and wait for hours but at the moment she is operating an appointment system only so I rang -  and got a recorded message saying that the surgery was closed all day on the 15th.  As this was, in fact, the 20th, there didn’t seem much option but to just go there and hope for the best.  I prepared well, taking with me a mask, a book, and a big bottle of water.  The book was a great idea but what hadn’t crossed my mind was that if I wanted to drink the water I would have to remove the mask!  This didn’t seem to bother the other people in the waiting room who were constantly removing their masks to chat, drink or wipe their sweaty faces!

Eventually I got to see the Doctor, who took one look and said ‘Ooh La La’ - although I think that was more to do with the state of my pedicure.  She said that even if it was broken there wasn’t much they could do by way of treatment, then she showed me a picture of some very flat and bulky orthopaedic shoes, and we both laughed, and I hobbled out with a prescription for an X-Ray.

Getting anything done in France in August is a trial.  The first place I called  offered me an appointment for a week on Friday, but the 4th one said I could go the next morning at 11am.  They warned me it would be busy as it is holiday  season and tourists seem to spend more time falling over and breaking limbs than lying on beaches.  I turned up imagining I would find a tv ‘sit-com’ style scenario of a waiting room full of people in wheelchairs and full body casts, but in fact, there were just 2 people waiting.  The chairs were taped off so you couldn’t sit too close to anybody, and my partner was ordered to wait outside - which he did with unseemly haste!  As with any medical appointment you are asked to hand over your Carte Vitale - and as usual mine was not ‘up to date’ - apparently you are supposed to regularly insert your card into a machine in the pharmacy so that it remains updated, but as I am British and we tend to treat even a missing limb as ‘just a flesh wound’, I hadn’t used it for a while.

After just 10 minutes I was called into the X-Ray room and had my foot painfully man-handled while they took pictures of various angles, then I was sent back to the waiting room.  The technician made a big show of spraying down the table and chair that I had used, so I made a big show of applying gel to my hands and wiping the door handle on my way out.

10 minutes later I was called to the counter, charged 6€ (the difference between the actual cost and what is included under the state health system) and given the results.  Luckily it turned out not to be broken - which fact made no difference to the amount of pain I was feeling - so no treatment apart from just to rest it as much as possible, and keep applying ice.  So, the point of this story is just to say don’t worry if you need medical attention at the moment - everything is very well regulated and I felt perfectly ‘safe’. 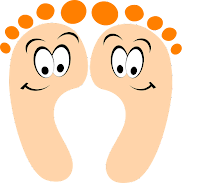