He asked me to lie face down and try to relax.  I felt him undoing the fastenings of my tunic top, and his cool but firm fingers unclasping the hooks of my bra….. and then he started jabbing needles into my bare back….

…. So no, not ‘Fifty Shades of Grey’– but Fifty euros of acupuncture! 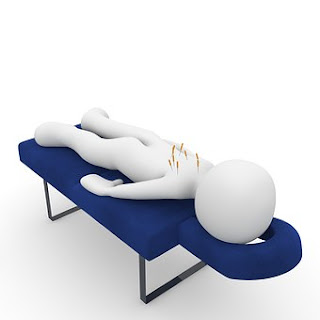 Somebody suggested I went for acupuncture as my blocked ears are still driving me crazy and all the pills, sprays and face-pulling don’t seem to be working.  So because it was for my ears, I was somewhat surprised when he asked me to change into a strange ‘surgical scrubs’ pyjama type outfit and lie face down on a massage table.  I did try to ask some questions but the fact he spoke French with a strong Japanese accent and I had my face and ears wedged into a hole in the table made conversation difficult.

The needles he placed in my back weren’t too painful, but then he explained he was going to place little blocks of carbon on each needle, light them and leave me for 10 minutes – and it was very important that I didn’t move because the carbon might fall and burn me.  I certainly heard that part!

The rest of the treatment was no less strange – but by that time I was able to see from pictures and diagrams on the walls that he was also a Shiatsu practitioner (or is that the oriental dog?).  There was lots of twisting and pulling of my arms and legs and jabbing me in the muscles with his thumbs.  He kept saying that I was very tense and was I stressed?  Quite frankly I think anybody lying half-naked on a table being jabbed in the muscles and thinking they might accidentally be in a #metoo situation has every right to be a bit tense! 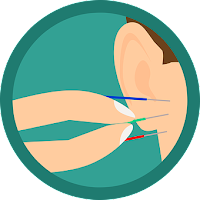 He did finally turn his attention to my ears.  Needles in ears also hurt.  Quite a lot.

After what felt like well over an hour of minor torture, the session ended and he suggested I go back again next month.  Well of course he would say that, at 50€ per session that I can’t claim back from anywhere (says the cynical side of me) but now I know what to expect, I might give it another go.


PS.  Having now had time to check out his website I see that the hot needle idea is called 'Moxibustion' - and you are advised not to drink alcohol for 24 hours afterwards.  Oops, too late...

Posted by Caroline at 04:02 No comments: